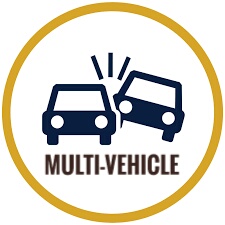 Multiple fire engines, EMS, and OSP are responding to a serious crash on Hwy 214 near Monitor-McKee Road. Watch out for emergency vehicles and use an alternate route.

Firefighters from Drakes Crossing, Hubbard, Marion County, Molalla, Monitor, Mount Angel, Silverton, and Woodburn Fire Departments are on the scene of a large barn fire with structure collapse off Ettlin Road between Mount Angel and Silverton.  The blaze has spread to surrounding vegetation and trees.

Watch out for emergency vehicles in the area.

The company’s email service has been suffering outages for at least 5 days with little progress made nor a firm time for a fix.

This afternoon, the company issued a tepid news release concerning the matter:

” Maintenance Update: 9:00 AM 7/7/2020
We have received word that the planned repairs from the early morning maintenance were not successful. The engineering team worked throughout the night and restoration efforts are still ongoing.
Unfortunately, the affected email server remains offline and inaccessible for those users whose email boxes were hosted on this system. While we are thankful the issue is centralized to a subset of DirectLink members, we fully understand that this is a frustrating time for anyone impacted by the situation and extend our deepest apologies for this inconvenience.
We continue to explore every avenue to restore services as quickly as possible. More updates will be provided as additional information becomes available.”

Mt. Angel FD, Monitor FD, EMS, and police are responding to a serious crash with injuries on Monte Cristo Road at Barlow Road, Mt. Angel.  A semi-truck is involved and has jacknifed.

Watch out for emergency vehicles and traffic congestion. 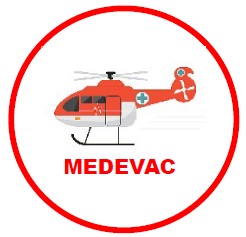 Mt. Angel FD, EMS. and police are on the scene of a serious injury crash at Monitor Road and Hobart Road. The road is temporarily closed. Life Flight has been activated for a medevac. Avoid the area.

Mt Angel FD, EMS and police are responding to a crash on Wilco Hwy near Elliot Prairie Road. Watch out for emergency vehicles in the area.

Mt Angel FD and EMS are responding to a crash on Wilco Hwy just south of Monitor McKee Road. One lane is partially blocked. Watch out for emergency vehicles and traffic congestion.

Firefighters from multiple agencies in North Marion County are responding to a large residential structure fire on Saratoga Drive south of Woodburn off Howell Prairie. Watch out for emergency vehicles and traffic congestion in the area.

A few minutes after 1:00 pm, on May 3rd, 2020, emergency crews were dispatched to a serious injury motor vehicle crash on Marquam Road NE near Meridian Road NE, east of Mt. Angel. The crash involved a Volvo and a Chevrolet Silverado. The Volvo had two occupants in it at the time of the crash. The passenger was pronounced deceased at the scene. The driver was taken to a local hospital for evaluation. The Chevrolet Silverado was occupied by four people, none of whom sustained serious injuries.

Investigators are working to determine the events leading up to the crash, initial information indicates the driver of the Volvo was going east on Marquam Road and pulled out in front of the Chevrolet Silverado which was traveling northbound on Meridian Road. Investigators have not ruled out driver impairment as a contributing factor to the crash. No determination regarding criminal charges has been made at this time.

Due to this being an active investigation, no further information will be released at this time.

*** Life Flight has been activated to respond to the scene. The roadway is closed. ***

Mt. Angel FD, EMS and police are responding to a serious rollover crash with two vehicles at Dominic Road and Meridian Road between Mt. Angel and Monitor. Watch out for emergency vehicles and traffic congestion. Use an alternate route.